Who Invented Dialysis and the Dialysis Machine? 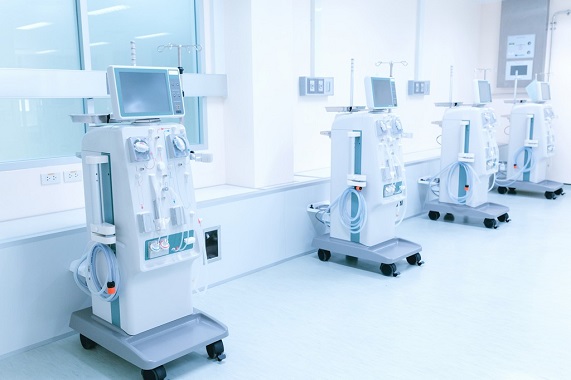 Nowadays, Dialysis is the universally accepted treatment regimen for people suffering from renal diseases. But did you know that the history of the dialyzer, the machine used to cleanse the kidneys, is only recent? The concept was only invented in 1943, which means the technology is only 78 years old.

The person to invent the machine and the concept of the treatment itself was Wilhelm Kolff, a Dutch physician. He created the dialyzer, which he called the artificial kidney, in 1943. He traveled to the United States after the war and found work at Mount Sinai Hospital.

Dr. Kolff worked to introduce kidney treatment, which was unheard of at that time, in the next few years. By the 1950s, he and his colleagues continued to improve on the existing technology of the artificial kidney. They were also able to treat acute kidney failure, although Dr. Kolff’s technology was limited only to that kind of kidney disease.

It would be Dr. Belding Scribner who would improve on Dr. Kolff’s technology and adapt it for treating end-stage renal disease. He is also credited with opening the first-ever treatment center for kidney disease, and with the creation of portable dialyzing machines in the 1960s.

Of course, today, patients with renal disease can only receive treatment at a kidney center in Texas and other cities in the United States. The technology has also been revolutionized and is more effective at helping patients recover from kidney disease.

For your renal disease treatment, you can visit us at South Belt Kidney Center. We are the top dialysis center in Houston, Texas.

Send Your Referrals We Treat Every Client Equally

In line with our values, we pledge to provide every client with the same level of care, professionalism, and compassion. It does not matter if you came to us directly or via referral. Every patient in need of high-quality dialysis services can always find the aid they need at our outpatient center. Send a referral now!